Tulsa first hit my radar when my local record store, Oak Cliffs Spinster Records, opened an outpost in Oklahoma’s second largest city last summer, just months after Dallas’ Josey Records opened on Route 66 in Tulsa. Then a couple of trendy friends went to Tulsa for a weekend and came back excited. Then I saw a man in an Oak Cliff pub wearing a t-shirt that said:

Tulsa is the new

OK then. Tulsa is it. It’s a 4 1/2 hour drive from Dallas so my husband and I opted for a three day weekend.

The conclusion: Everything was a little better than we expected.

The pizza at Bohemian Pizza in the East Village was better than we expected. We saw a local band, Golden Ones, on the open air stage at the Soul City Gastropub and Music House and it was better than we expected, as were the tacos we ate there. A traveling display of Cheech Marin’s collection of Chicano art at the beautiful Philbrook Museum of Art was an unexpected treat. (The museum’s current exhibition is “Museum Confidential”, a look behind the scenes at the museum until May 6, 2018.) And we liked the atmosphere of the city, which is equally cool and chilled.

Even the kids dig it.

“One person I know moved to Hawaii and returned to Tulsa,” says 22-year-old BB Conover, an employee at Spinster Records, an attractive two-story store in an up-and-coming historic downtown neighborhood.

Tulsa’s historic buildings are one of the city’s attractions. Oil was discovered in Tulsa in 1901 and the city quickly grew rich. In the 1920s, Moguls built gorgeous downtown Art Deco office buildings that are now being restored and reborn thanks to entrepreneurs and historic tax credits.

We checked into the Courtyard by Marriott in the 1922 Atlas Life Building. The name giver of the building holds the globe on the facade of the building. on a neon sign; on a clock in the marble lobby; and on doorknobs on the seventh floor, which has been preserved in its original state, with small offices that have been converted into guest rooms. (Rooms on other floors are standard.)

Every celebrity who came to Tulsa was once a guest near the opulent 1925 Mayo Hotel. But the hotel closed in 1981 and the building fell into disrepair and fell into disrepair until 2001 when the Snyder family bought it for $ 250,000. They renovated the place from scratch and rebuilt the grand staircase. to remake exactly the elaborate details of the ballroom (“pigeons lived up here,” says sales manager Macy Synder-Amatucci); and restoration of the building as a hotel and luxury residences with a rooftop bar.

Both hotels are just blocks away from what was until recently named the Brady Arts District after a prominent early businessman. During the recent Confederate statuary controversy, the business owners pondered the name here, as Wyatt Tate Brady was also a member of the Ku Klux Klan. In 1921, Tulsa witnessed the worst racial violence in American history, ultimately turning 35 blocks of an affluent black neighborhood into charred ruins after being looted and burned by white mobs. Historians believe nearly 300 people were killed. 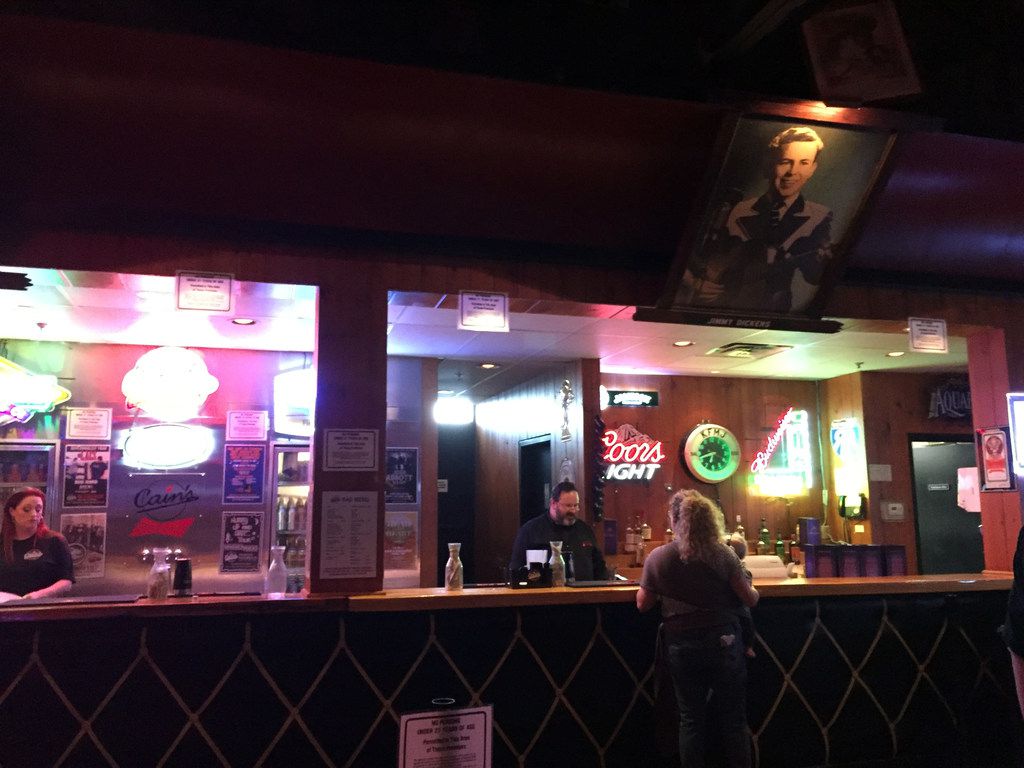 Today, the newly renamed Tulsa Arts District is a compact, walk-through neighborhood with restored buildings full of shops and restaurants. We ate a couple of times at the spacious Prairie Brewpub, which has 20 of its own beers on tap, and treated ourselves to a jewelry box of handcrafted chocolates at Glacier Confection. One evening we heard live music in the Cain’s Ballroom, a historic dance hall with walls lined with portraits of country greats. We didn’t get to the Brady Theater, another historic downtown venue – and yes, that name is being discussed as well. (Meanwhile, Brady Street has been renamed MB Brady Street after a Civil War photographer.)

We also spent hours at the Woody Guthrie Center looking at all of the artifacts and watching all of the biographical videos about the legendary folk singer and activist. Look for the compilation of everyone from Annette Funicello to the Old Crow Medicine Show, which performs “This Land Is Your Land” and to which an entire room is dedicated. (And good luck getting the song out of your head.) 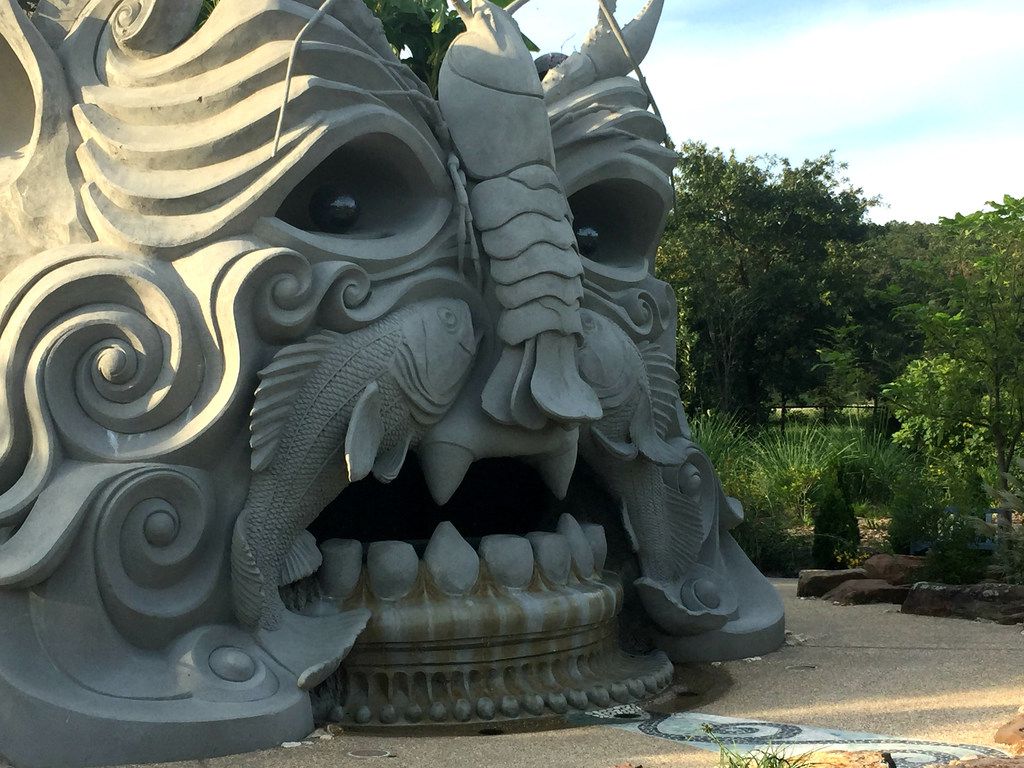 The Tulsa Botanic Garden, which opened in 2015, is an opulent oasis on 170 acres. (Sophia Dembling / Special Contributor)

Across the street from the center, Guthrie Green hosts outdoor concerts and events. We didn’t see a show there, but we did see a bluegrass show in the spectacular Tulsa Botanic Garden, about eight miles from downtown. This privately funded 170-acre oasis (60 acres of which are formal gardens), which opened in 2015, suggests that Tulsa still has a lot of cash and philanthropy.

And we explored downtown architecture, admired Art Deco details of buildings, and popped in and out of opulent lobbies. The 1929 United Methodist Church on Boston Avenue, perhaps Tulsa’s best-known Art Deco masterpiece, is the thoroughly modern (for its time) vision of architect Bruce Goff or his art teacher Adah Robinson, whichever side was on for decades Debate you stand out.

The Tulsa Foundation for Architecture offers monthly walking tours of the city center. Check out their new offices in a fancy 1956 space capsule of a building that used to be the Ponca City Savings and Loan. Tulsa’s architectural bonanza didn’t stop in the 1930s; There are plenty of mid-century modern models out there, and we also explored the crazy, 1960s modernist Oral Roberts University campus. Tulsa’s latest architectural coup is the gleaming BOK Center designed by the famous architect César Pelli.

We spent three days in Tulsa with no problems and expect to return at some point. We understand Tulsa is cool, in its Oklahoma way. It’s not Austin or Nashville, but it’s definitely more than we expected.