Editor’s Note: Sunday, February 14th, is the Sunday of Racial Reconciliation for the Southern Baptist Convention.

TULSA (BP) – A hundred years after a terrible massacre, Deron Spoo hopes to lay the groundwork for a new narrative.

The Tulsa Race Massacre Prayer Room in Tulsa, First takes visitors through guided prayer stations and contains photos and historical accounts of the 1921 tragedy (photo submitted by the Church).

Tulsa’s senior pastor, First, has investigated the 1921 Tulsa Race Massacre, which killed up to 300 blacks and cremated 35 black-owned blocks within two days. First Baptist was one of the white communities that housed more than 10,000 displaced black residents.

But on the Sundays following the 1921 Tulsa massacre, comments from pastors from the same churches did not indicate the expanded aid.

“There were newspaper articles sharing what these pastors were saying in their pulpits on the following Sundays, and it was not good,” Spoo said. “It was offensive, it was racist, and these are public knowledge.” 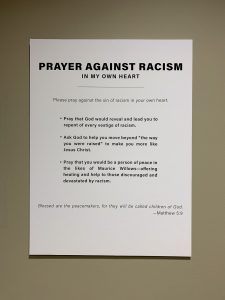 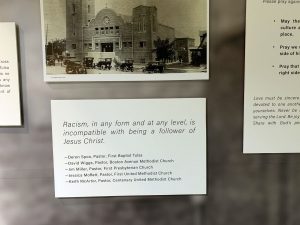 The Greenwood community has a special meaning for West. His late grandfather bought a restaurant in the community in 1928 when the blacks were rebuilding after the riot, and West worked in the restaurant as a teenager. 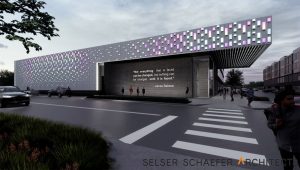 The multi-million dollar Greenwood Rising History Center will be inaugurated on June 1st as Tulsa marks the 100th anniversary of the 1921 Tulsa Race Massacre, widely believed to be the deadliest uprising in US history. (Photo by the Tulsa Race Massacre Centennial Commission from 1921)

The 35-block area of ​​north Tulsa known as Black Wall Street rebounded in the 1950s, later suffered a decline, and is enjoying a renaissance as a business, educational, and cultural hub, according to historian Hannibal Johnson.

Tulsa, First worked with the Tulsa Historical Society to set up the prayer room, which Spoo humbly describes as museum quality. Sections include historical reports and pictures, newspaper reports, written prayers and prayer points, four prayer stations with audio instructions, and a joint anti-racism statement signed by Spoo and other pastors from the churches in the downtown area.

Spoo has enlisted at least one Church member per day to pray in the room, preferably at 12:21 p.m., after a narrated, self-guided tour lasting 20 to 30 minutes. Community members can also visit the space for free, and community groups are encouraged to take a tour. At the end, participants are encouraged to learn about the survivors of the massacre and make a donation to the Greenwood Rising History Center. Tulsa, First is committed to raising up to $ 5,000 in contributions for a potential gift of $ 10,000. The names of the supporting organizations are kept in the middle on bricks or plaques.

“I just think it’s important for posterity to have First Baptist Tulsa’s name on it to say we’re part of it,” Spoo said. “We can’t change what happened in 1921, but we certainly have a say in what happens in 2021.”

Spoo worked with Philip Armstrong, Project Manager for the Centennial Commission and Minister for the Metropolitan Baptist Church in Tulsa, a congregation affiliated with the National Baptist Convention USA. Armstrong shared the guided prayer stations in Tulsa, First.

“At the core we are God’s creation. And 100 years later we still have this terrible sin called racism, ”said Armstrong. “And it’s a bit like the screams of blacks and whites, young and old, last summer with George Floyd’s death. ‘Enough is enough.’ 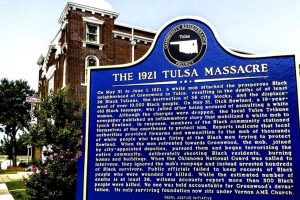 According to a historical marker slated to be inaugurated in the Greenwood Ward, the Black Tulsans went to the courthouse to protect a prisoner the White Ward was about to lynch on May 31, 1921. The prisoner, 19-year-old Dick Rowland, had been charged with assaulting a white woman in an elevator, although charges were later dropped.

“You can’t go beyond the injury,” said Armstrong, “until that injury is fixed … We need people of faith to stand up and say this was wrong, it was horrible … but here we are 100 years later.” Let’s not make the same mistake. Let’s not sit on the sidelines. “