At the beginning of the 19th century, members of the Lochapoka and Creek tribes called their newly found area Tallasi, which means “old creek”. The name was later changed to Tulsa when Mayor Col. Edward E. Calkins took over the area in 1898. Tulsa may not have British roots, but it certainly has British heart. Just look at the city’s anglophile businesses:

A Dalek and a fan take the Tusla TARDIS on an excursion to Dallas, TX. (Facebook)

Tulsa has its own TARDIS. They take it to college parties and use it on the The Soldier fan series (you can audition on December 6th). “Like the TARDIS, Tulsa is bigger inside,” say the makers. Check out her Tumblr for pure, unadulterated Whovian fun. 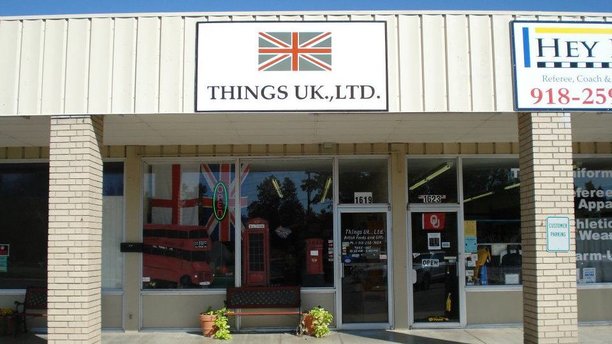 Founded and operated by Graham and Rosemarie Smith, Things UK Ltd at 1619 S. Main St. stocks almost everything you would find in “a little corner English grocery store”. There is also a tremendous selection of gifts to match those of a London gift shop – spices, chocolates and other sweets – all imported direct from England. Things UK Ltd is a bit under the radar – they don’t have a website – but they have a Facebook page and a pretty great Vimeo interview. 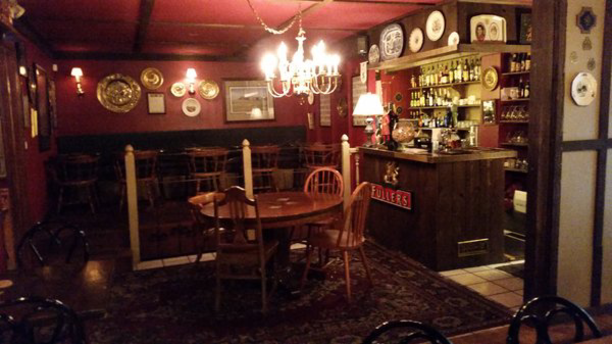 Tulsa’s White Lion Pub on 71st St. and S. Yale Ave. is another popular British locale and features some of the city’s most popular traditional British dishes. The menu includes fish and chips, banger and mash, steak and mushroom cakes, cottage pie, Cornish pastie, Welsh rarebit and much more. The interior is an Anglophile’s dream, and the pub has a near-perfect score on Yelp. 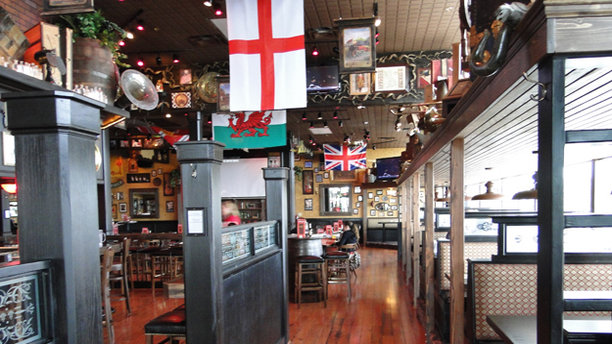 The Sherlockian interior of the Baker St. Pub and Grill. (Tulsa food)

Visiting the Baker St. Pub & Grill at 6620 South Memorial Dr. is a bit of a visit to Sherlocks London (when Apartment 221B had happy hour). The menu offers the specialties expected from a restaurant named after London’s greatest fictional truth: banger and mash, shepherd’s pie, and three (that’s right, three) different fish and chip plates. There’s also karaoke every Tuesday! That may be more in John Watson’s Alley than in Sherlock’s.

Founded in 1974, Tulsa Rugby Football Club considers the team to be “competitive but social,” which can only mean they are pretty good sports at both winning and losing. There are no trials for the TRFC and they are more than ready to invite you to their training turf on 37th and Riverside Drive to show you what rugby is all about. If you love it, you’re in the club! You can find more information about upcoming events on Facebook. 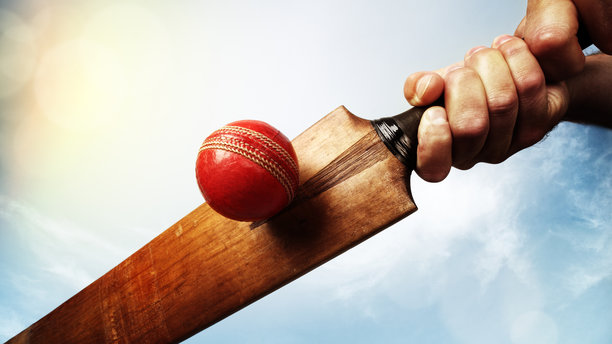 A cricket batsman and a ball. (AP pictures)

The GTCC is actually one of two cricket teams in the Tulsa area (the second is the Green County Cricket Club). All trainers at GTCC have “more than ten years of experience in cricket at club level” and describe their students as “spirited youngsters” who want to learn the game of cricket. This club has tryouts; If you are interested in signing up, contact them here. Or just head to Ute Park on 2137 N Pittsburgh Ave if you’d rather watch.

7. Sneaking Up on Shakespeare workshops 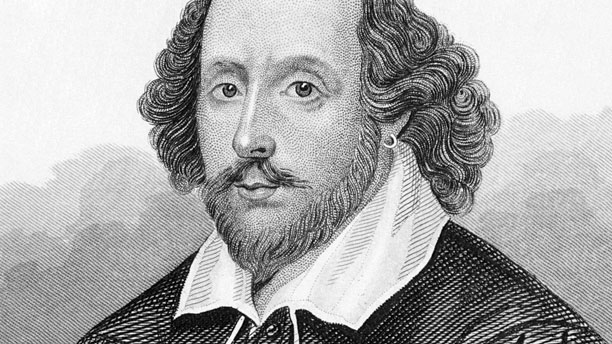 The United States English Speaking Union is offering college students at the University of Tulsa an exceptional Shakespeare workshop that provides “practical, active approaches to teaching Shakespeare and helping students learn the language.” The trainers featured on their website are Shakespeare Master Teachers and British literary specialists. Sneaking Up on Shakespeare is sponsored by Oklahoma Shakespeare of Oklahoma City in the park. So check the registration details for the next year on Facebook. 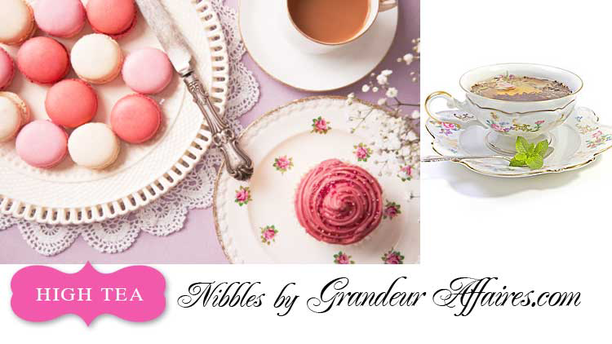 A selection of goodies at the Grandeur Affaires’ Nibbles Cafe. (thebridesofoklahoma.com)

Grandeur Affairs doesn’t just create incredible cakes for almost every occasion. They also reportedly have the best high tea experience in all of Tulsa. The Nibbles Cafe on 8313 South Memorial Drive serves traditional scones with cream and jam, puff pastry, quiche, finger sandwiches and a variety of quality teas. 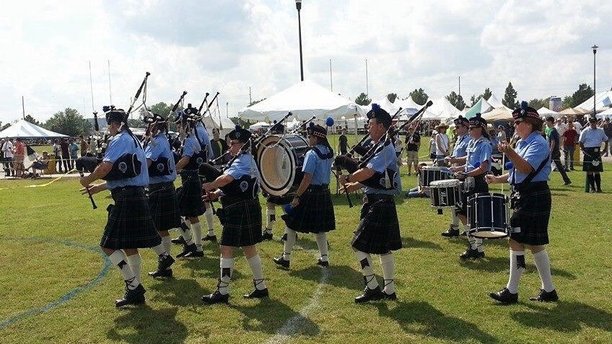 The Oklahoma Scottish Festival has been rocking the city of Tulsa for over 30 years. Now SCOTFEST, the celebration is no joke (and neither is their incredibly detailed website). You have a slew of Highland Games, nine annual musicians, more dancers than you can count, and enough of a variety of food and alcohol to please your pickiest friend. The upcoming SCOTFEST dates are not yet known, but you can keep an eye out for exact dates on Facebook or Twitter.

10. The Scottish Club of Tulsa 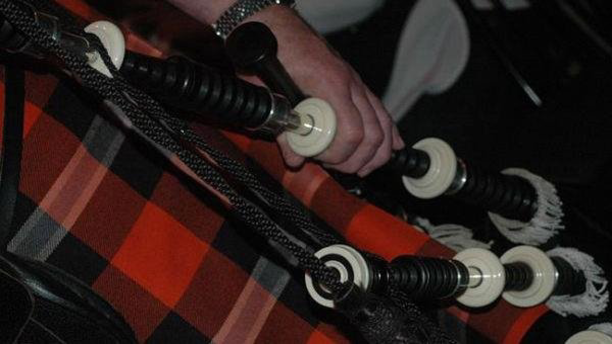 A bagpipe member of the Scottish Club of Tulsa. (Facebook)

The mission of the Scottish Club of Tulsa is “to unite the Scots, the descendants of the Scots and others interested in shared fraternal, cultural and social bonds”. Annual individual memberships are $ 25 and family memberships are $ 35. This is quite a deal if joining means attending events like Scottish pub crawls, Christmas parties and the January Burns Supper. For more information on upcoming events, please visit Facebook!